This track is inspired by the 1990s techno. Keeping it old skool with some sounds from the new era. Also this is the first track that has a name.

It started with poizone. The idea was to get a arp that sounded just like the 90s. But eventually I created something in patcher.

Both poizone presets were set on default. Using the arp and trance gate to get a melody melted together. The cutoff is routed to one knob in the patcher interface. This is automated in the playlist.

After that melody I started to search for another 90s sound. Toxic Biohazard was my first thought. The preset Matrix had the right sound for this track. When its filtered it gives the right atmosphere. When the filter is gradually opening, the sound of the acid is coming through like its leaking on a battery. 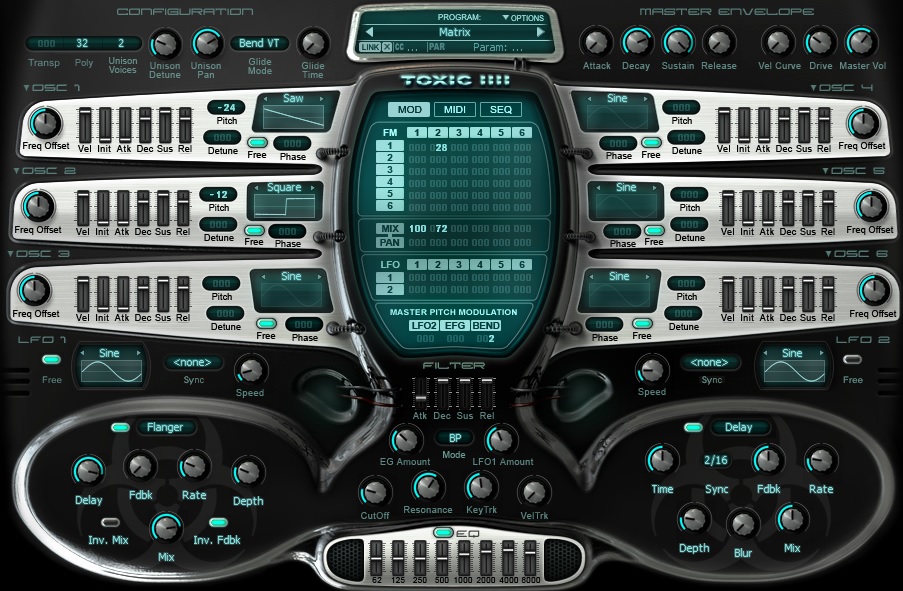 The kickdrum is from Kick2 with a fairly long tail to fill up the whole bass frequencys.
The rest of the percussions are: Attack hat 02, Fracture Rim 05, Attack shaker 03, Attack snare 54 and Collider Ohat 02. The shaker 03 is cut by Collider Ohat 02 to get the shaking rythm in the top end.

Thank you for reading and
here is a small preview: