After a few minutes of tweaking knobs, making weird noises and thinking of quitting music producing. I had finally found some sort of melody.
I made this with combing two sequence of Toxic Biohazard.

The kick is a attack kick 15 pitched down to 400. Hihat is a Attack Hat 01, there is a housegen rim 4.
The other sound is from FLEX and made with a short decay. This is preset Casioville. The other melody in the break is also a preset from Flex. This is preset Head Buzzer. Only the reverb and delay are made shorter to fit in the mix.

The overall mix is only with PEQ2. Removing some sub bass and bass to give room to the attack kick 15. 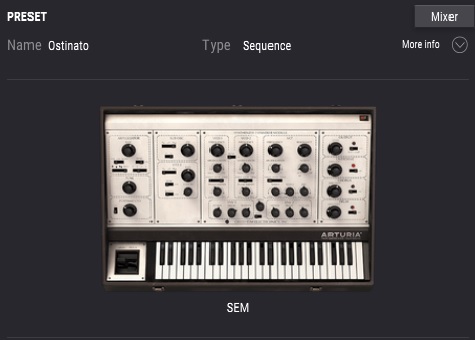 Toxic biohazard melody arp is now spread over 3 octaves. Using some PEQ2 to set it more in the background. 4kHz dip of -2.0db. Removing the bass near 150Hz.

Transistor Bass for the filthy acid you hear at the drop. But its also hearable in the breakdown. Also this is not mixed, Just some simple PEQ2.

Here is a small preview: